Question: How to make a self-made RS232 cable

I have no company programming cable, and the use of our products for RS232 communication, you can make their own RS232 cable.

Q: Does the EM231 TC need to compensate for the wire?

A: If disconnection detection is selected, it may be broken. EM231 RTD unused channel connected to 100 ohm resistance, and for the EM231 TC will need to short the unused channel.

Q: What is the reason why the thermocouple module measures the difference between the temperature and the local thermometer?

A: check in the following order:

Check that the thermocouple is consistent with the installation location of the field thermometer.

Check if there is a short circuit in the thermocouple sensor wiring.

Check if the thermocouple is broken.

If the above situation is normal, the thermocouple module of the channel shorted to see if the temperature is too different with the room temperature; a large difference between the need to see whether there is a heating element around the module, the module cooling environment is good.

How to set PID parameters

In engineering practice, the most widely used regulator control law for the proportion, integral, differential control, referred to as PID control, also known as PID regulation. PID controller has been nearly 70 years of history, it is its simple structure, good stability, reliable, easy to adjust and become one of the main technical control of industrial technology. When the structure and parameters of the controlled object can not be fully grasped or the precise mathematical model is not obtained, when the other techniques of the control theory are difficult to adopt, the structure and parameters of the system controller must be determined by experience and field debugging. PID control technology is the most convenient. That is, when we do not fully understand a system and the controlled object, or can not be effectively measured by means to obtain system parameters, the most suitable for PID control technology. PID control, in fact there are PI and PD control. PID controller is based on the system error, the use of proportional, integral, differential control to control the amount of control.

In differential control, the output of the controller is proportional to the differential of the input error signal (ie, the rate of change in error). Automatic control system in the process of overcoming the error may occur in the oscillation or even instability. The reason for this is that there is a large inertia component (link) or a delay component, which has the effect of suppressing the error, and the change is always behind the change of the error. The solution is to make the suppression of the role of error changes "ahead of" and that error is close to zero, the role of suppression error should be zero. That is to say, in the controller only the introduction of the proportion of the item is often not enough, the proportion of the role of the amplification is only the magnitude of the error, and the current need to increase the "differential" and it can predict the error So that the controller with proportional + derivative can make the control effect of the suppression error equal to zero or even negative, so as to avoid the serious overshoot of the controlled quantity. So for a larger inertia or lagged controlled object, the proportional + differential (PD) controller can improve the dynamic characteristics of the system during the adjustment process.

Increasing the scale factor P will generally accelerate the response of the system, in the case of static difference is conducive to reducing the static difference, but the excessive proportion of the system will have a relatively large overshoot, and produce oscillation, the stability of change Bad.

Increasing the derivative time D is helpful to speed up the response speed of the system, reduce the system overshoot and increase the stability, but the system can reduce the ability to suppress the disturbance.

In the test, you can refer to the above parameters on the impact of the system control process trends, the implementation of the first adjustment of the proportion of the parameters, after the integral, and then the differential adjustment steps.

First set the proportion of part. The proportional parameter is changed from small to large and the corresponding system response is observed until the response is fast and the overshoot is small. If the system has no static or static difference has been small to the allowable range, and the response curve has been satisfied, you only need to adjust the regulator.

If the system on the basis of the adjustment of the static difference can not meet the design requirements, you must join the integral link. In the setting of the integration time will be set to a relatively large value, and then has adjusted the proportion of the coefficient is slightly reduced, and then reduce the integration time, making the system to maintain good dynamic performance, the static difference is eliminated. In this process, according to the system's response curve is good or bad to change the scale factor and integration time, in order to get a satisfactory control process and tuning parameters. 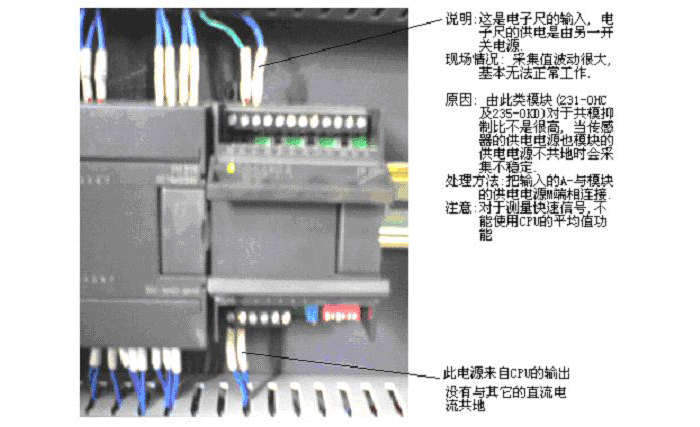 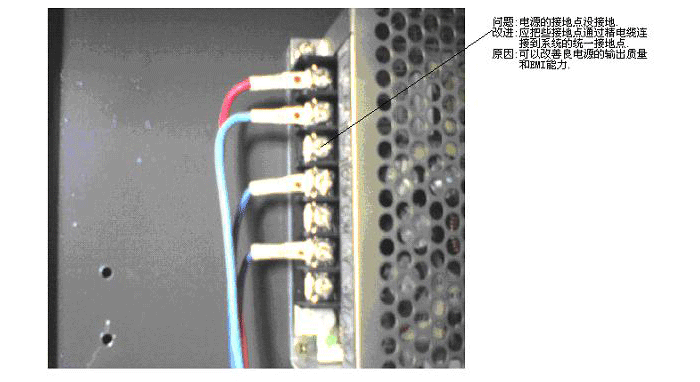 Wiring irregularity results in instability of the analog measurements

The module input negative terminal is not connected to the M terminal, causing the module to fail to effectively suppress the common mode voltage

Connect the negative input of the module to the M terminal.

32767 indicates that the input has been disconnected, the user may have used a non-isolated thermocouple, resulting in the input of the module due to accidentally string higher than 30V above the voltage and burned.

Using isolated thermocouple, or take other means to ensure that the input will not string into more than 30V high voltage.

Q: The SF lamp flashes to indicate that the module has a channel disconnected. A 100 ohm resistor can be used to access the unused channel and eliminate the power alarm (SF lamp off).

COTRUST PLC power to keep data and time are?

First, the data power to maintain the length of time:

1, the use of built-in button batteries, about 1 year;

2, the use of an external battery card, about 2 years;

Use the Division I only with a PPI communication port of the CPU, do not buy Siemens original cable in the case, how to achieve the same time with the host computer and touch screen communication?

Through the 200CPU and 277A connection, take the MPI protocol, MPI communication line at the end of the open 277A A, B two points, the other end touch the screen communication port, the CPU and the touch screen baud rate settings consistent, you can communicate, The EM277A dial address is the MPI slave address configured for the HMI. as the picture shows. 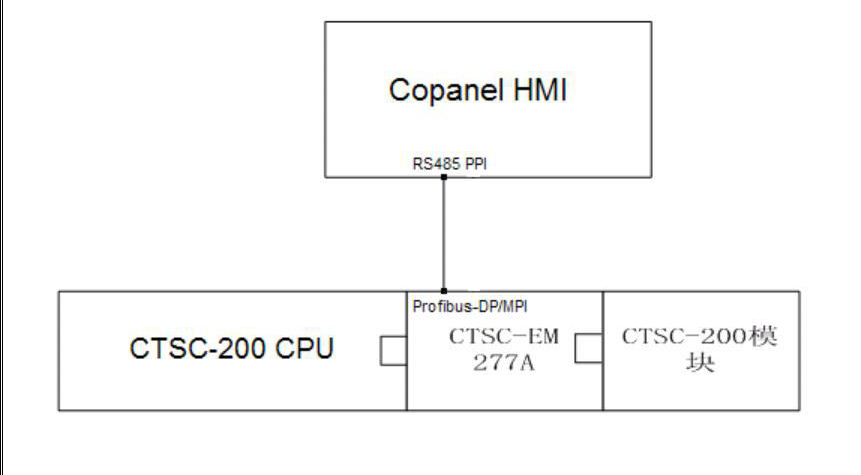 Question: How do I implement MPI communication between CTSC-200 and S7-300?

First of all, according to the hardware configuration of S7300, configure S7300 station in STEP7 and download, pay attention to CTSC-200 and S7-300 factory default MPI address is 2, so you must first modify one of the PLC station address, the example program will S7300 MPI address is set to 2, CTSC-200 address set 3, and separately to S7300 and CTSC-200 communication rate settings are consistent, can be set to 9.6K, 19.2K, 187.5K three baud rate, the example program Which selected the rate of 19.2K.

The example program calls the data read and write function blocks in OB1: SFC67 and SFC68, as shown below: 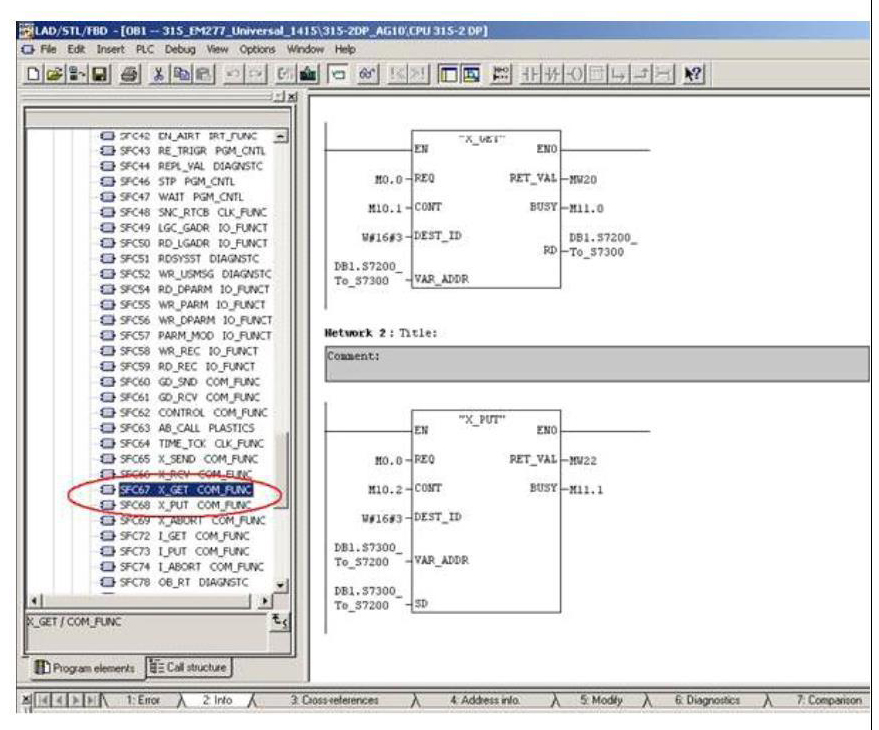 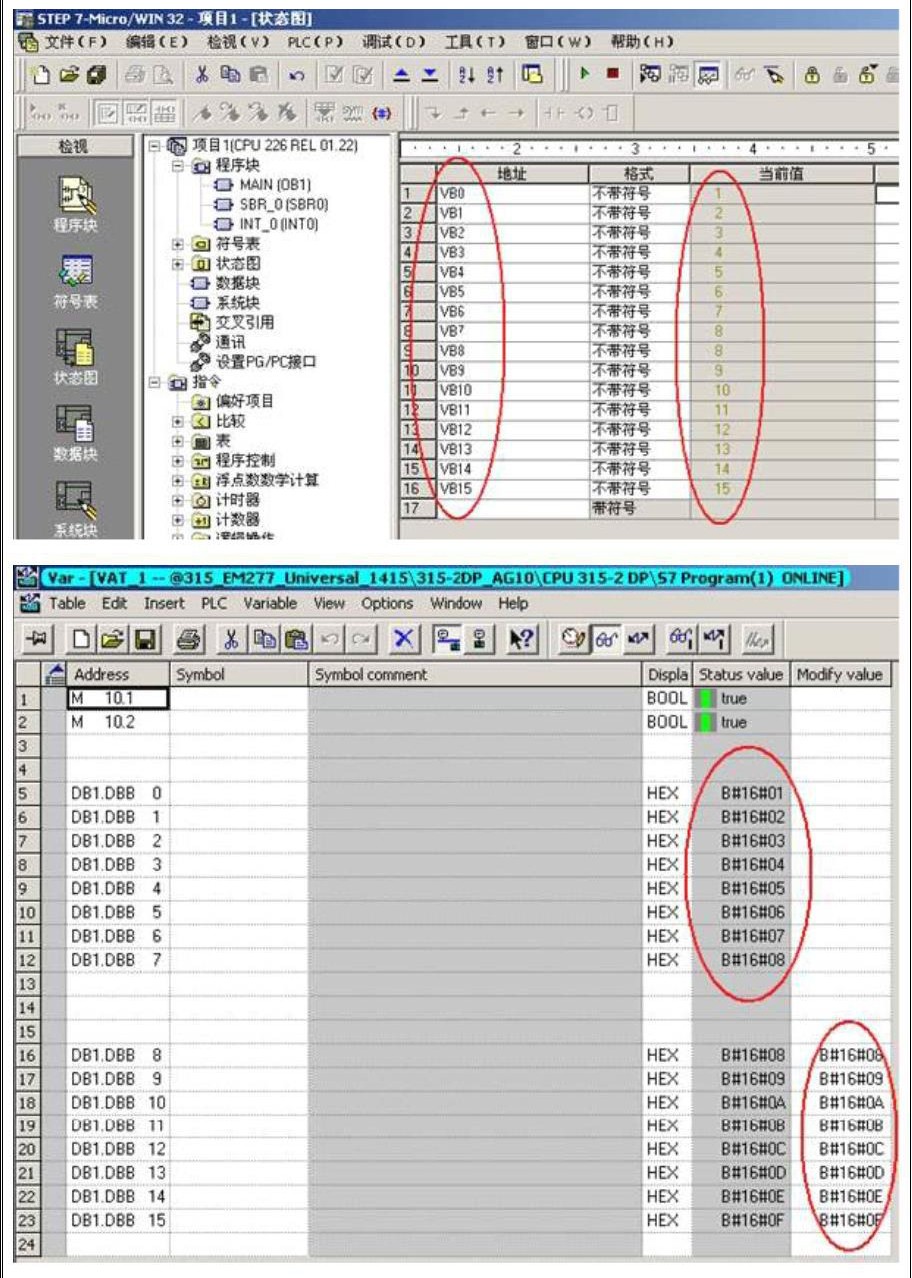 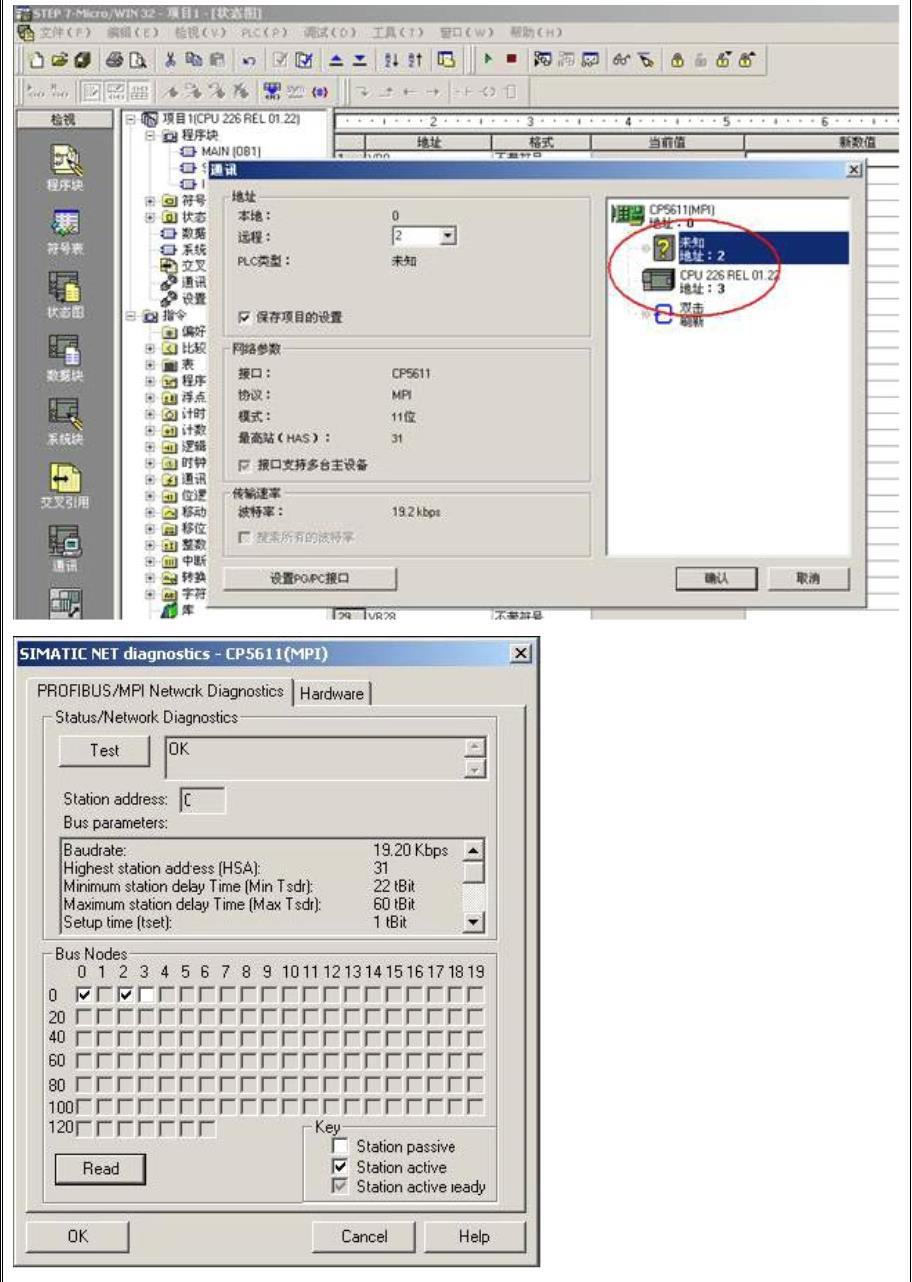